“I have worked closely with Nate, Dave and Rick for two decades and am confident in their abilities to carry the vision and values of the Firm forward,” said Mr. Gogel. “Today’s announcement reflects CD&R’s strong commitment to continuity, consistency and constancy of purpose. We have a very experienced group of senior professionals who range in age from their late 30s to 60s, including twenty partners with over a decade of tenure, which provides a strong foundation for future generational transition.”

Mr. Gogel, who has worked at CD&R for 30 years, was appointed President in 1995, Chief Executive Officer in 1998 and added the Chairman role in 2012 when Joseph L. Rice, III, retired. At that time, CD&R was one the few leading global private equity firms to successfully complete a management changeover from its founders. CD&R has managed three leadership transitions over its 40 years, beginning with a transfer from Martin Dubilier to Mr. Rice, then to Mr. Gogel two decades ago, and again today to Messrs. Novak, Schnall and Sleeper.

“Don has always encouraged a team approach to the leadership of the Firm which has proven to be highly effective,” said Mr. Sleeper. “We intend to continue this flat and flexible decision-making approach and look forward to working closely with the many CD&R Operating and Financial Partners who play critical roles in sourcing investments, driving portfolio company performance, managing successful exits and ensuring transparency with our investors. We are very committed to our partnership model.”

David Wasserman will continue as a Senior Partner until the end of the year and then become a Senior Advisor to the Firm. “David has been an outstanding Partner who has made many significant contributions to the Firm over 21 years. We are grateful for his support through this important transition,” said Mr. Gogel.

CD&R is recognized for pioneering an investment model which combines both financial expertise and business-building skills. The Firm’s craft-based approach to private equity includes both highly experienced, senior investment professionals, largely promoted from within the organization and senior operating executives who typically join CD&R after successful careers leading significant global enterprises. The expertise of the in-house team is supplemented by a group of Senior Advisors and Operating Advisors to CD&R’s funds. The Firm’s investment model has resulted in a differentiated strategy in which more than 60% of the CDR’s investments over the last decade have been innovative transactions undertaken in partnership with families, entrepreneurs and corporations to jointly create value. 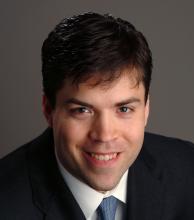 About Nathan K. Sleeper
Mr. Sleeper joined the Firm in 2000. He leads the Firm’s industrial investment vertical and is a member of its Management and Investment Committees. He also serves on the boards of a number of industrial businesses in the Firm’s portfolio. Prior to CD&R, he worked in the investment banking division of Goldman Sachs & Co. He graduated from Williams College and holds an M.B.A from Harvard Business School. 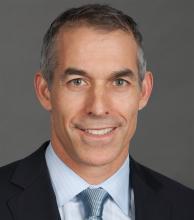 About Richard J. Schnall
Mr. Schnall joined the Firm in 1996. He leads the Firm’s healthcare investment vertical, as well as growth investing activities. He is a member of its Management and Investment Committees and serves on the boards of several CD&R healthcare and growth businesses. Previously, Mr. Schnall worked in the investment banking divisions of Smith Barney & Co. and Donaldson, Lufkin & Jenrette. He graduated from the Wharton School of the University of Pennsylvania and holds an M.B.A. from Harvard Business School. 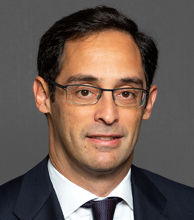 About David A. Novak
Mr. Novak joined the Firm in 1997 and is based in London where he leads the Firm’s European business. He is a member of its Management and Investment Committees, as well as serves on a number of CD&R European company boards. Previously, Mr. Novak worked in the private equity and investment banking divisions of Morgan Stanley. He graduated from Amherst College and holds an M.B.A. from Harvard Business School.

Mr. Sleeper joined CD&R in 2000 and is a member of the Investment Committee. He also leads...

Mr. Schnall has been with CD&R for 25 years and is a member of the Investment Committee. He...

Mr. Novak has been with CD&R for 25 years and is a member of the Investment Committee. Based...

Mr. Gogel is in his 32nd year with the Firm. He served as chief executive officer from 1998 to...